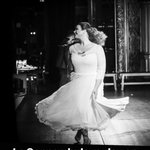 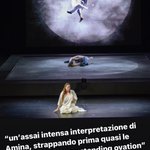 10 January 2023 @Soprano_JPratt
After a super fun musical rehearsal last night in Liege its back to Brussels for a quick radio interview that will… https://t.co/UcZ1SLVNyy

07 January 2023 @pylade2019
Last performance of #Sonnambula @Teatro_Real and another triumph for @Soprano_JPratt. What a great start to the yea… https://t.co/GcqYeGSSMT

05 January 2023 @pylade2019
A night to remember, #Sonnambula @Teatro_Real. Nadine Sierra was unwell, so @Soprano_JPratt stepped in (and onto th… https://t.co/xrglVbd6IH 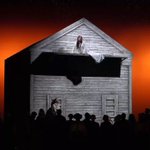 Jessica Pratt: What I know about men

Our house was always noisy and messy. Mum and Dad loved to host big dinners and Mum would take in anybody who needed help. When I was 11, our family moved to Australia from Bristol [England] to be closer to my maternal grandmother, who was already living here. Moving halfway across the world was rather traumatic for me and my siblings [brother Daniel, 39, and sister Gemma, 34]. We bonded because it really felt like us versus the world. We moved houses five times – from Toowoomba to Brisbane and then Sydney – before I decided to move to Italy 15 years ago to pursue opera.
Interview

On the Couch with Jessica Pratt

What would you do to make a difference in the world? I think that the arts are extremely important today as we live in a world in which individuals become more connected but more isolated everyday. When people come to a live show they get to experience something as a group, it fosters a sense of community and empathy and I think that is a small way that we as artists can make a difference in the world.
Interview

Jessica Pratt is an Australian girl made good earning an amazing reputation in around the world. Jessica is home to make her Sydney Opera House debut in "Lucia di Lammermoor", and, like the great Dame Nellie Melba, Jessica also had a dessert made in her honour...
Subscribe Jessica's Calendar